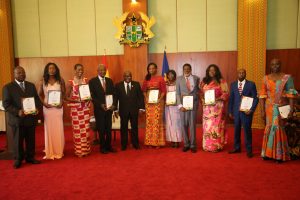 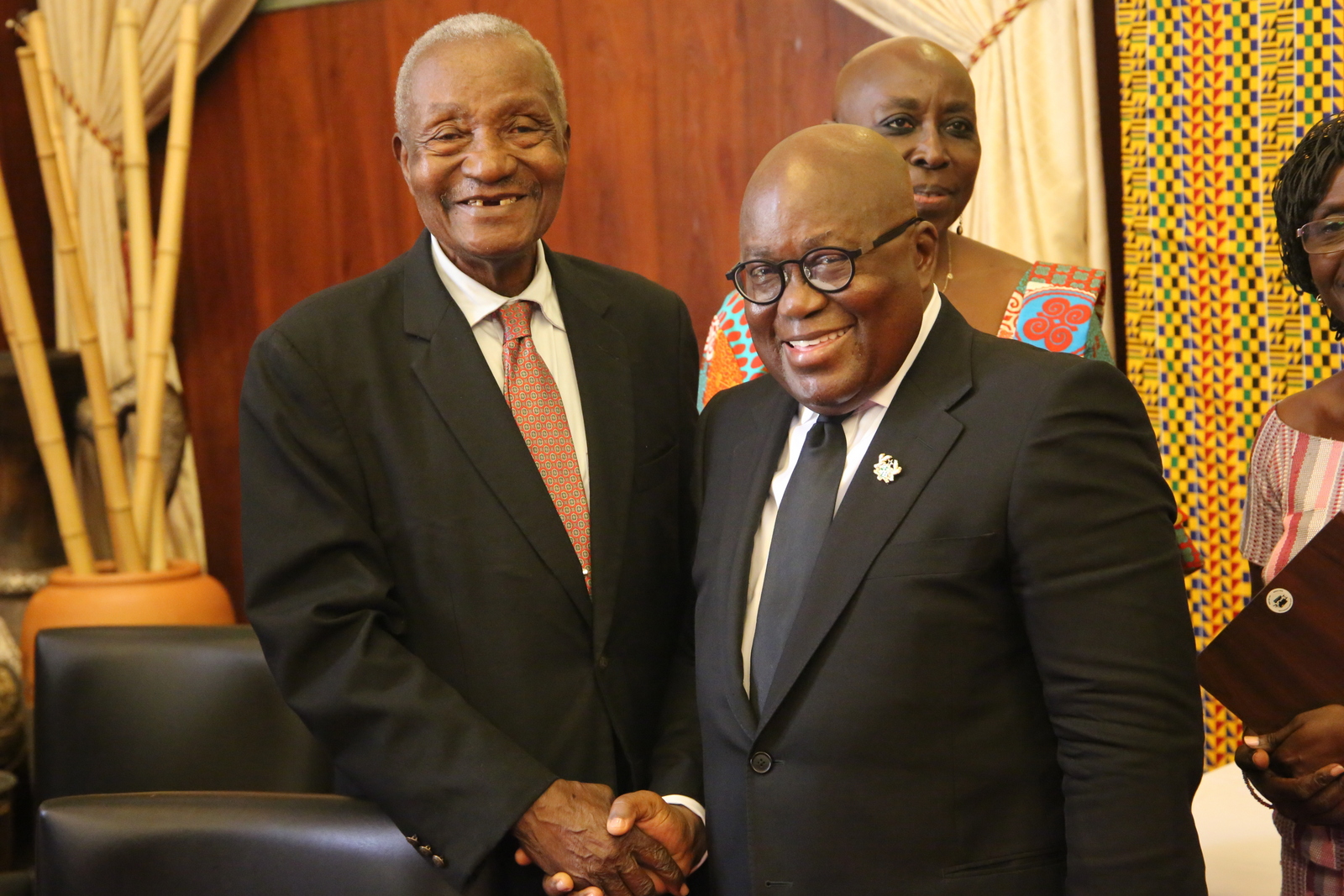 According to President Akufo-Addo, these 10 young men had the onerous responsibility of advancing and promoting the image of a country which had gained independence, and was leading the struggle for liberation of Africa from colonialism and imperialism.

“They were the most visible symbol of our country. Prior to their selection, they were subjected to the most rigorous of selection procedures, which ensured that their appointments were based wholly on individual merit, and not on ethnic, religious or political affiliations,” the President said.

Fondly remembered as the “G-10”, President Akufo-Addo noted that the 10 persons served Ghana with distinction and dedication, and left so many identifiable diplomatic achievements and landmarks, that have served to enhance the image of our country.

“They achieved legendary status in the annals of Ghana’s public service. The present generation of Foreign Service Officers should emulate them, and draw the required inspiration from their legacies with the determination to match, if not excel their enviable records,” he added. 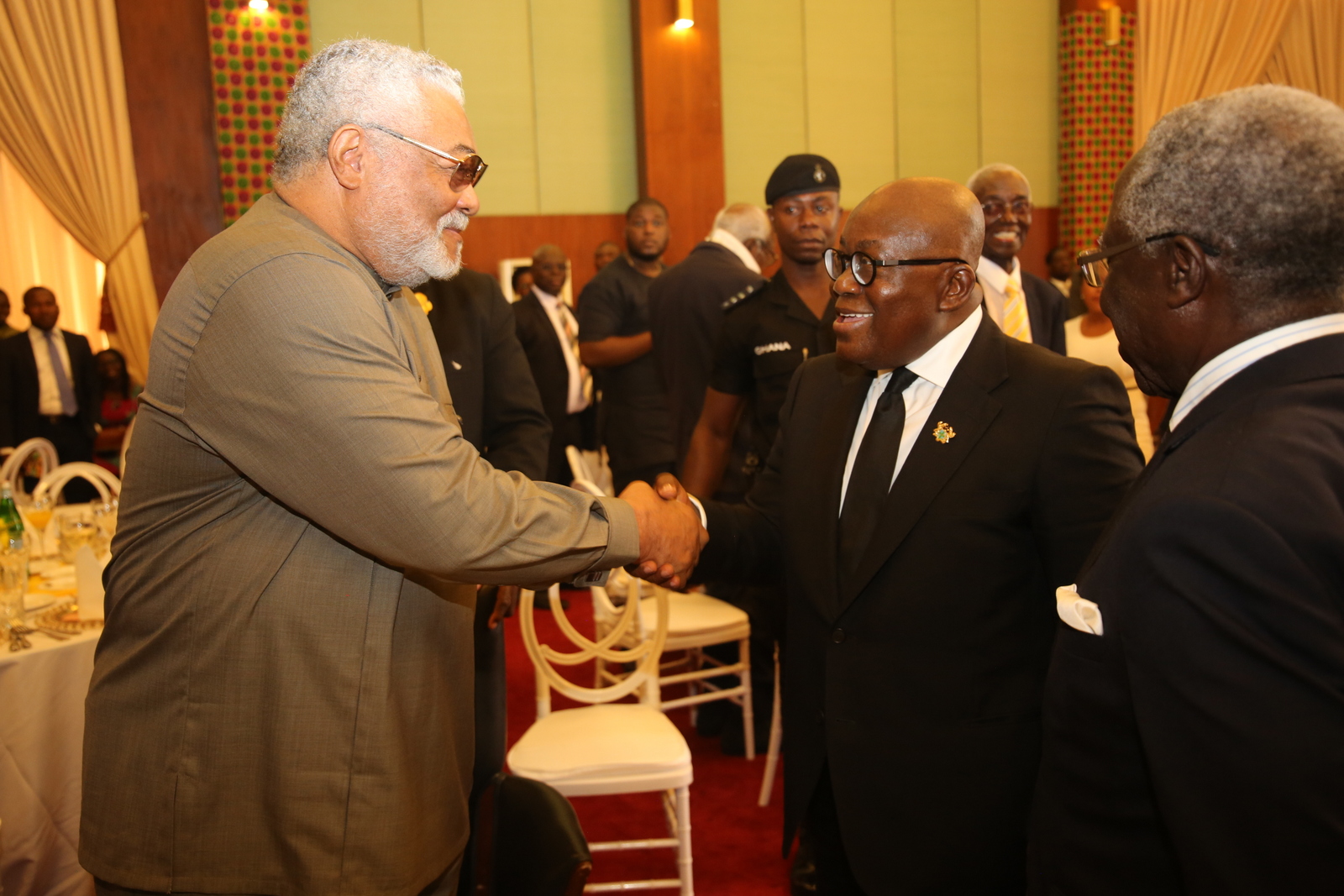 History, the President indicated, has it that the “G-10”, as individuals or as a collective, represent, arguably, the best collection of diplomatic talents that Ghana has ever assembled and possessed.

“It is also a view held by many that, because of their achievements, Ghana has become well-known and well-respected all over the world. Successive Ghanaian diplomats, as a result, have been inspired to enhance further our country’s position amongst the comity of nations,” he said.

President Akufo-Addo commended the Ministry of Foreign Affairs and Regional Integration, through its proposed Foreign Service Institute, for incorporating into its proposed training curricula, the study of the achievements of the “G-10”, with the view of producing other distinguished Ghanaian diplomats. 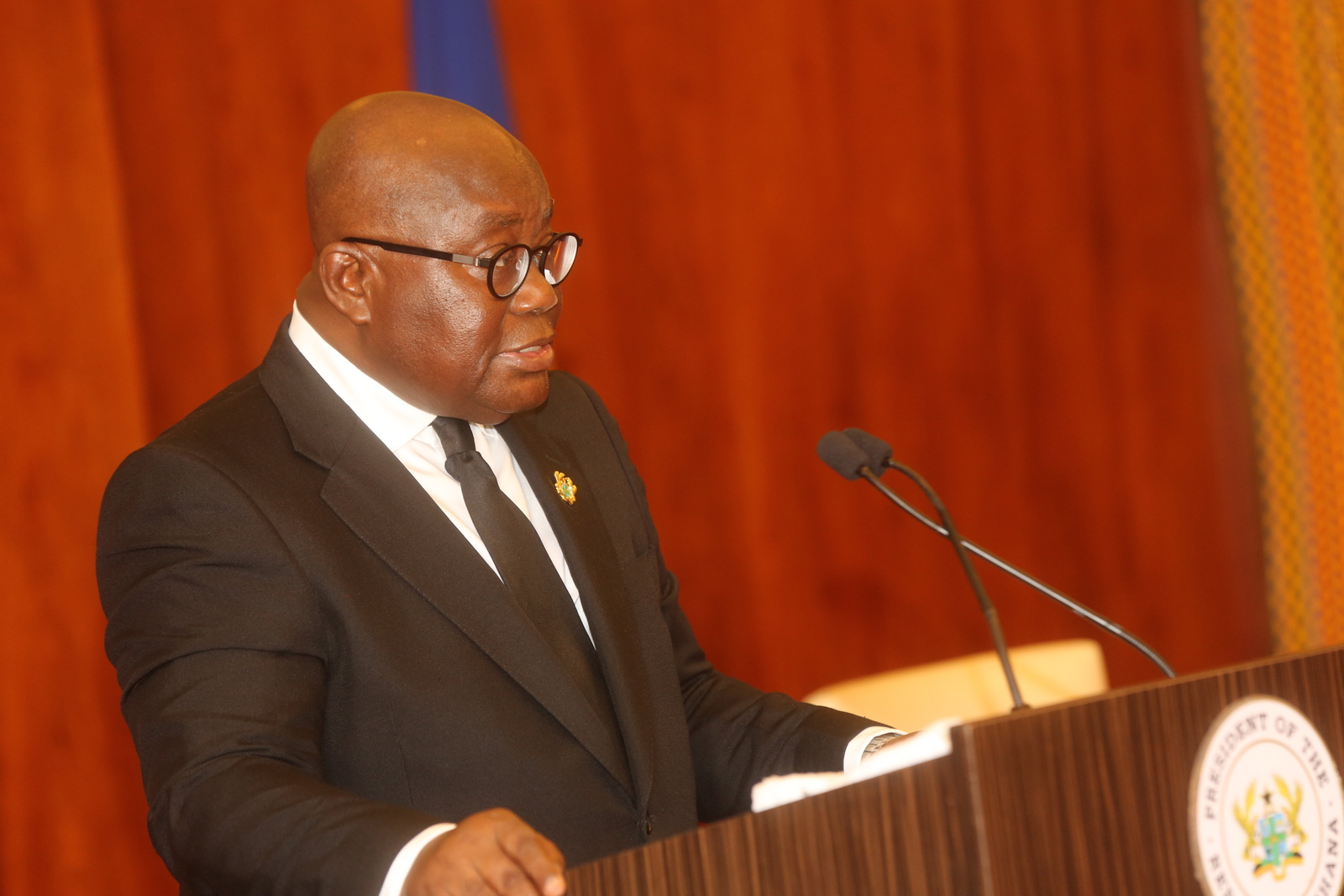 He also expressed the gratitude of the Ghanaian people to the families of the 10, especially their spouses and children, who supported them throughout the tenure of their assignments, both from close quarters and from afar, as they criss-crossed the world in the service of the country.

“Ghana is proud to have received from your loved ones the quality of dedicated service, which has enabled us to become the heirs of a country that enjoys international respect and an enviable diplomatic recognition. I think it fitting that they should be so honoured, as they have been today, even if, in the majority of cases, posthumously,” he added.

The late Ambassador Alex Quaison-Sackey, who served as the first African President of the United Nations General Assembly, at its 19th session, from 1964-65, is credited with having introduced the notion of “consensus”, which has since become a favourite word, especially in multilateral diplomacy.

The late Ambassador Ken Dadzie’s name continues to reverberate within the circles of the United Nations Conference on Trade and Development (UNCTAD) from where he, if fate had been kind to Ghana earlier, could have risen beyond being the first African Secretary-General of UNCTAD, perhaps, to becoming the overall head of the United Nations, even earlier than our illustrious compatriot, Kofi Annan.

Having opened Ghana’s Diplomatic Mission in Moscow in 1960, the late Ambassador F.E. Boaten worked at the Foreign Ministry between 1962 through to 1966, when he was elected the Secretary-General of the “Accra Assembly”, which gave birth to a peace initiative known internationally as the “World Without the Bomb”. He subsequently served at the UN in the capacity of Permanent Representative of Ghana, and was named by the UN as one of 27 Eminent Personalities on Disarmament, with his name featured in the “Who is Who” publication of that period.

The late Ambassador Fred Arkhurst, who joined the Foreign Service of Ghana, after having obtained a First Class in Economics in Scotland, subsequently served at the United Nations Economic Commission for Africa (UNECA), then headed by another eminent Ghanaian, Dr. Robert Kweku Atta Gardiner, regarded easily as the official with the record of longest service at UNECA. Ambassador Arkhurst devoted his life, after retiring from the Ghana Foreign Service, naturally to the writing of books and other engagements within academia.

For the late Ambassador K.B. Asante, his diplomatic life was centered on multilateral engagements, having served mostly in Europe, where he focused on the latter’s relations with Africa, the Caribbean and the Pacific, and on the European-based UN Institutions. On his return to Ghana, he became a public figure, who was eager to engage, publish, inspire and promote social, political, academic, media and other related causes.

The late Ambassador Amonoo, remembered for the role he played as Secretary to the Aburi “Conference on Nigeria and Biafra” in 1967, became a distinguished representative of Ghana, especially during the time he served in Ethiopia where he became Chairman of the Organisation of African Unity’s Committee on Refugees; Member of the OAU Restructuring Committee; and Vice-Dean of the Diplomatic Corps.

The late Ambassador Henry Van Hien Sekyi was the quintessential scholar, with an exceptional musical talent. As an astute diplomat, he gave distinguished service at key bilateral Diplomatic Missions of Ghana in Australia, Italy and the United Kingdom. Popularly referred to as “Sir Henry”, he was one of the Foreign Service Officers who accompanied our first President, Kwame Nkrumah, on his ill-fated trip to Hanoi in 1966. In retirement, he became the first Ambassador-In-Residence at the Legon Centre for International Affairs and Diplomacy (LECIAD).

The late Ambassador Abraham Benjamin Baah Kofi is remembered for the key assignments he played, especially on the eve of the formation of the OAU, when he was sent, in the company of the late George Padmore and the late Mr. Ako-Adjei, Foreign Minister, to confer with several African Heads of States, on the issue. He also accomplished, with distinction, his assigned task of opening a number of Ghana’s Diplomatic Missions. 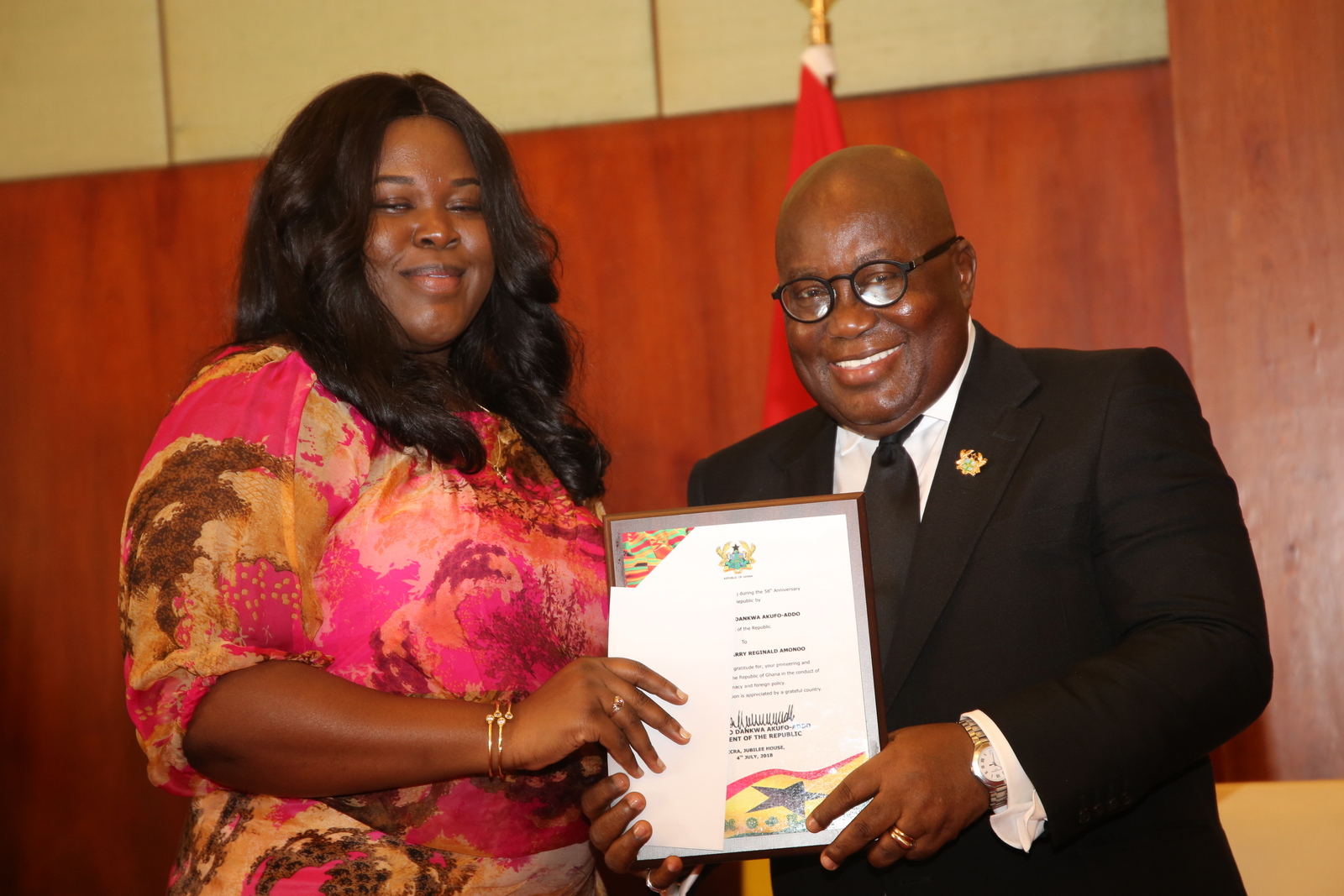 Ambassador Richard Akwei, beyond his distinguished service as the fourth Permanent Representative of Ghana to the UN, became the Chairman of the International Civil Service Commission and, thereafter, became the Commonwealth representative for the training of prospective young diplomats for South Africa.

Ambassador E.M. Debrah is a familiar face in the Foreign Ministry where he has operated as a “Consultant-In-Residence”. As Ghana’s first Ambassador to Ethiopia, a Conference Room has been named after him in the new Foreign Ministry building.