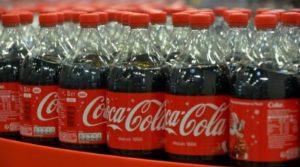 Coca-Cola Beverages Africa (CCBA), the continent’s largest soft drinks bottler, announced a plan to invest $100 million in Kenya over the next five years.

The company says the money will be spent improving infrastructure and launching new products.

The company plans to introduce 50 new products in Kenya.  Local Managing Director Daryl Wilson says many of those new products will include various sugar-free and flavoured water beverages.

“As the middle class is (growing)… they are wanting more variety,” he said. “Kenyan tastes are growing, the need for new brands is growing.”

Coca-Cola already has more than 130 existing product lines in the country.

The company operates in a dozen sub-Saharan African countries including Ethiopia and South Africa.

Another challenge is electricity, where inconsistent availability of power in some of its plants has forced it to deploy generators, which are expensive.

Wilson wants the government to “look at opportunities to reduce (the cost of) electricity.

Coca-Cola’s African expansion plans are not limited to Kenya.  The company will open at least five factories in Ethiopia over the next five years