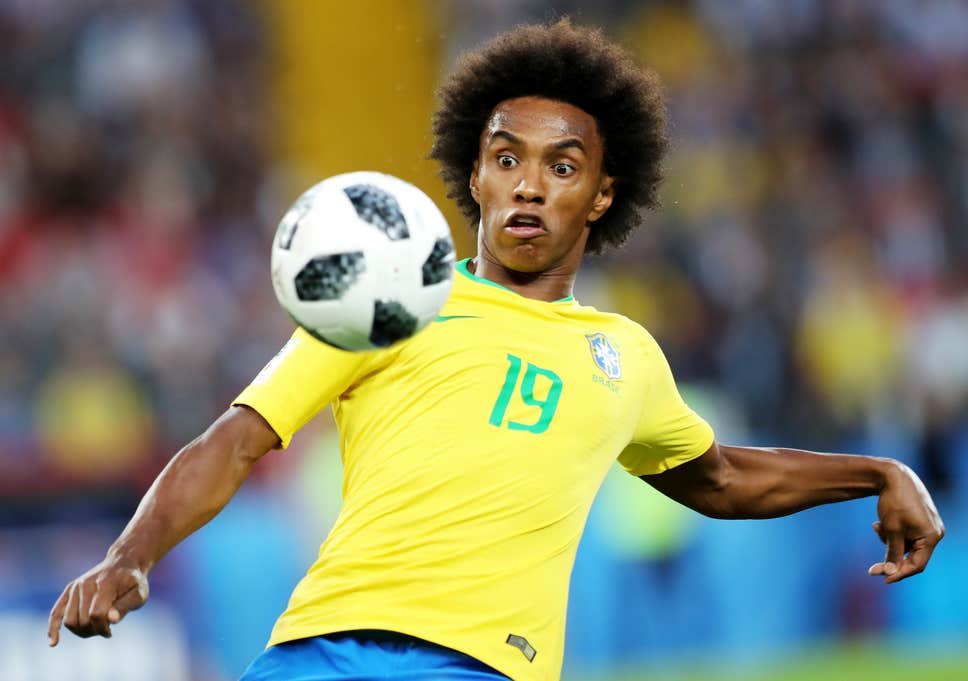 Chelsea’s Willian has ducked talk of a move away from Stamford Bridge this summer, insisting his focus remains on Brazil and their World Cup campaign.

The forward, whose relationship with Blues manager Antonio Conte grew increasingly stale over the duration of last season, has been linked with moves to Barcelona and Manchester United, with former boss Jose Mourinho reportedly keen on a reunion.

However, the 29-year-old, who has made over 230 appearances for Chelsea, says he’s focussed on preparations for Brazil’s quarter-final against Belgium, and insisted he had heard nothing of interest from the Catalan club.

Asked whether he would like to play alongside some of his compatriots at Barcelona, Willian said: “Well, they are excellent players with a lot of quality.

“In addition to great players, they are very good friends.

“People speculate a lot. We see a lot of things on the internet, but this is not the time to talk about this.

“I’ve not received any information about that. I’m trying to focus on my performance, playing for Brazil.”