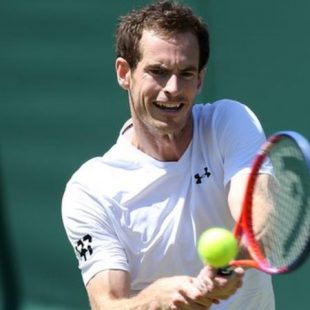 Two-time champion Andy Murray has withdrawn from Wimbledon on the eve of the tournament with a “heavy heart”. The 31-year-old Briton said it was “too soon” to play five-set matches after his comeback from hip surgery. Murray returned at Queen’s last month after almost a year out, losing to Nick Kyrgios, then played at Eastbourne, 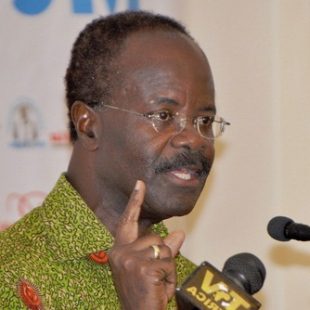 
Ndoum hints at the formation of a new league

Ndoum hints at the formation of a new league

Ndoum hints at the formation of a new league Owner and Bankroller of Elmina Sharks FC Dr.Papa Kwesi Nduom has hinted at the possibility  of constituting a private league as an option for clubs that have been hard hit by the freeze on football in the country. Dr Ndoum was slated to visit FIFA’s headquarters

Croatia needed penalties to make it through to the quarter-finals of the World Cup after fighting off a brave Denmark side in a tense encounter at Nizhny Novgorod. Ivan Rakitic’s well-placed penalty sparked wild celebrations in the Croatia camp after the game finished 1-1 after extra-time. Rakitic scored the decisive penalty to ensure Croatia march 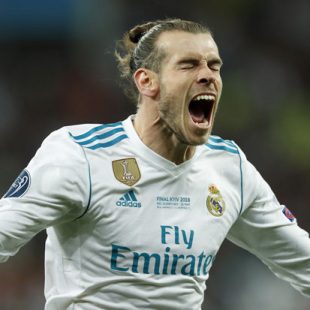 Gareth Bale to Man Utd: Real Madrid star’s agent breaks silence amid transfer speculation GARETH BALE and his representatives are set for more talks with Real Madrid chiefs amid Manchester United rumours, according to his agent Jonathan Barnett. The Wales international looked set to leave the Bernabeu after falling out of favour last season. Despite 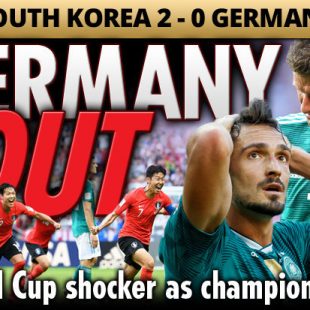 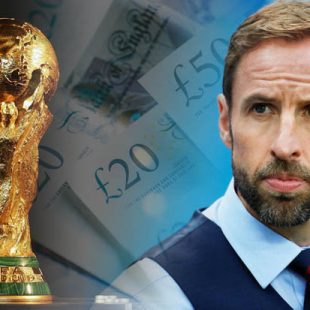 
England stars to pocket less than £220,000 each for WINNING World Cup in Russia

England stars to pocket less than £220,000 each for WINNING World Cup in Russia

GETTY England players will have to share a bonus pool of just £5m if they win the World Cup Skinflint FA bosses thrashed out a deal with Gareth Southgate’s squad before Christmas that will see some of them trouser just ONE week’s club wages for some players. It is understood the 23 players will share 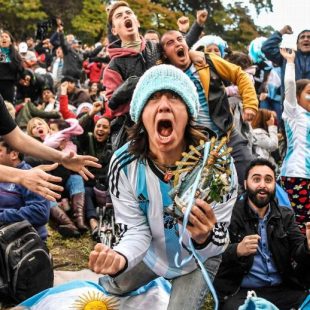 
Marcos Rojo’s late goal in photos: Argentina go from knocked out to the knockout stage

Marcos Rojo’s late goal in photos: Argentina go from knocked out to the knockout stage

Marcos Rojo’s late goal in photos: Argentina go from knocked out to the knockout stage Angentina fans watching the game on a large screen at San Martin square in Buenos Aires celebrate after Rojo scores. Eitan Abramovich/AFP/Getty Images Argentina were minutes away from being eliminated from the World Cup in the group stage, only for Marcos 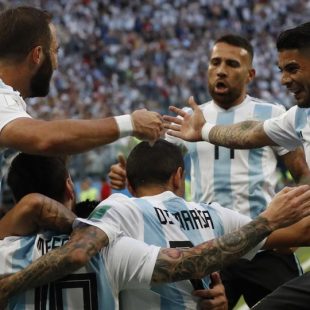 Marcos Rojo the unlikely hero as Argentina beat Nigeria, book last-16 spot   ST. PETERSBURG, Russia — Argentina defeated Nigeria 2-1 in a wild Group D finale, a result that propelled the Albiceleste into the knockout round at the Super Eagles’ expense. Here are three thoughts on the match. 1. Argentina leaves it late as Rojo plays 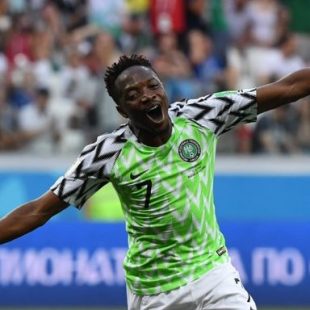 Nigeria’s Ahmed Musa celebrates after scoring their second goal. Photograph: Mark Ralston/AFP/Getty Images Ahmed Musa scored both goals as Nigeria swept aside World Cup debutants Iceland to leave Group D intriguingly poised with one round of games to go. The Super Eagles would have gone out with defeat but came good in Volgograd. Here are